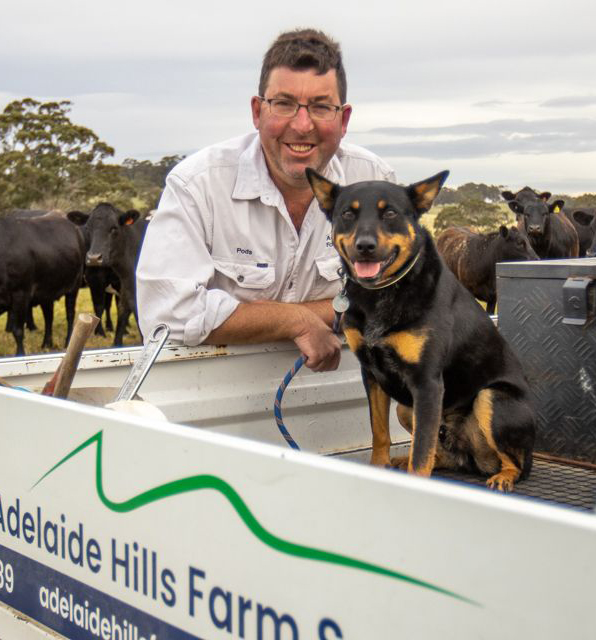 Pods is a 4th generation farmer who grew up north of Lameroo in the Murray Mallee, where his family ran sheep and produced wheat, barley, grain legumes, and canola.

Despite (or because of) his family history in farming, he studied farm management at Adelaide University’s Roseworthy Campus and then embarked on years of travel and working on a variety of farms before returning home.

Although most of his farming experience was gained in Australia, he thinks time spent on farms in the west of Scotland (as part of a program run by the International Agricultural Exchange Association) was particularly valuable.

This is because he got to compare universal farming practices against techniques developed by farmers to deal with specific challenges of climate and terrain; feeding his endless fascination with the creative ways farmers innovate and find solutions to problems year in, year out.

And now that he’s put down roots in the Adelaide Hills, he’s getting first hand insights again into how Hills farmers adapt universal practices to suit local conditions.

Pods knows his background of farming in the dry mallee region where annual rainfall was only 13 inches will be quite a contrast to Hills conditions, although not quite the extreme difference to his memories of farming in Scotland where they don’t record rainfall because there’s no need! 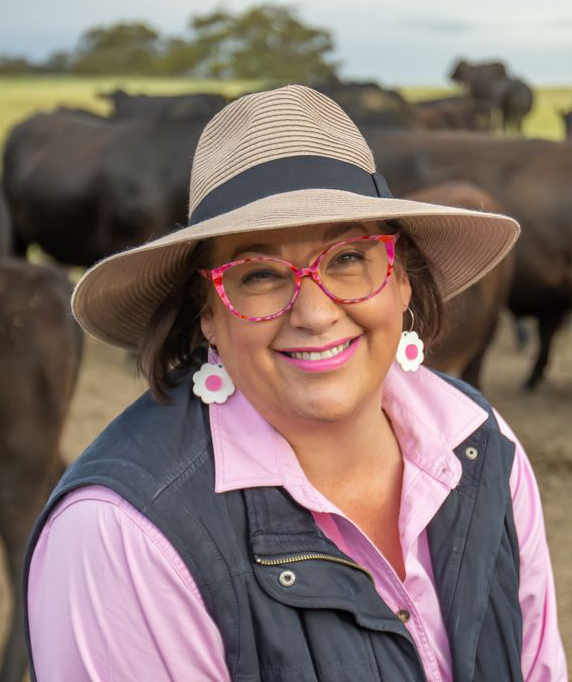 Belle grew up in the South East on the family property at Callendale, south of Lucindale, and after time in Adelaide, the eastern states and overseas, returned to Naracoorte where the family bought some land there.

Her background had a major focus on sheep and cattle production. Her family bred Simmental Cattle until the stud (Callendale Simmentals) was dispersed in 2015.They also ran a large commercial herd of Poll Hereford X Simmental cattle, Merino and Merino X sheep and a variety of crops including small seeds, wheat, beans and potatoes. At Stewarts Range (Naracoorte) she was hands-on managing the prime lamb feedlot where she learnt valuable lessons in optimising confined feeding regimes.

In 1992 Belle won a Simmental Cattle Association Scholarship to New Zealand and worked her way across both islands for Simmental, Angus and Saler Cattle Studs.

It was while working with cattle in preparation for on-farm sales and shows in New Zealand that she was drawn into marketing and communications. This led her further afield and into different industries, including power generation in the UK and Canada. It was during this time she became deeply involved in risk management and safety; principles she has already put in place to protect and support the Adelaide Hills Farm Services team and clients.

On the marketing front, her work with Sainsburys in the UK, coincided with the emergence of the Paddock To Plate concept, which intrigued her and drew her back home where she ran a cafe that showcased Limestone Coast produce.

Get our Hills-based farming articles delivered monthly, along with planning tips to help with your farm management